From New York to Brighton 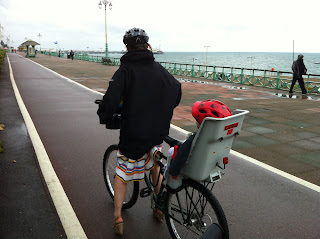 A couple of Velovangelistas were in NYC recently and spotted this on the subway:

Rain who nails the earth,
whose infinite legs
nail the earth, whose silver faces
touch my faces, I marry you. & open
all the windows of my house to hear
your million feral versions
of si si

There’s been a LOT of rain in Brighton recently but I think our ‘fairweather’ cycling rep. may be improving. 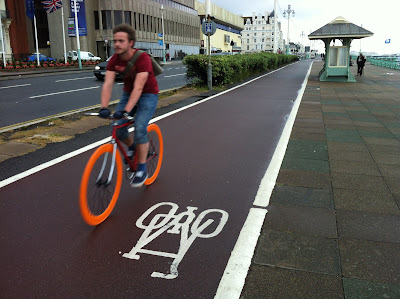 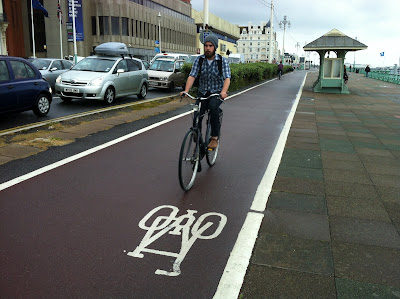 Bicycle marketing and advocacy of a Cycle Chic nature is long overdue in Brighton & Hove. Our special city has a mixed, diverse bunch of people, many choosing the bicycle as a way of getting around. Brighton Cycle Chic are a collective of bloggers and photographers with an interest in creating sporadic commentary on the social culture of our city and how bikes are part of that.

It’s about the people who characterise the city and their relationship with all things bike.

If there's anything you'd like to suggest or contribute please do email: lindavelo@googlemail.com